Shakespeare as You Like it but Never Saw it

Knighthorse Theater Company, a collaboration of Amy and Tyrus Lemerande, brings life, fire and romance to Shakespeare in front of audiences around the country in their two-person productions.  Ty and Amy deliver the plays with unrivaled joy, passion and bravura. They bring out the raw emotion even while spewing forth the oceanic breadth of Shakespeare’s language. 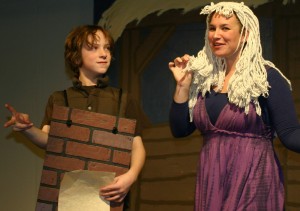 In Jukebox, the Lemerandes ask the audience to shout out some favorite Shakespeare plays. They give you what they call a “cheat sheet,” which includes about 40 — yes, 40! — plays: comedies, tragedies, histories and romances, including little-known ones like Timon of Athens, Pericles and Cymbeline. Already, the audience is vastly humbled.

A week ago, the suggestions included Merchant of Venice and Antony and Cleopatra, followed by A Midsummer Night’s Dream, which Ty described as “a frothy comedy ending in marriage and babies.”  The husband-and-wife ensemble then created a hilarious synopsis that had people literally bending over laughing, before launching into several scenes from the play.

One trick which both apply to wonderful effect is to throw in a contemporary expression every once in awhile. The lovers might be said to “text message” or Demetrius squeals “chest hair!” when his indefatigable suitor has taken too amorous a grip. But what these anachronisms do is let us know how little humans have changed since Shakespeare’s time. 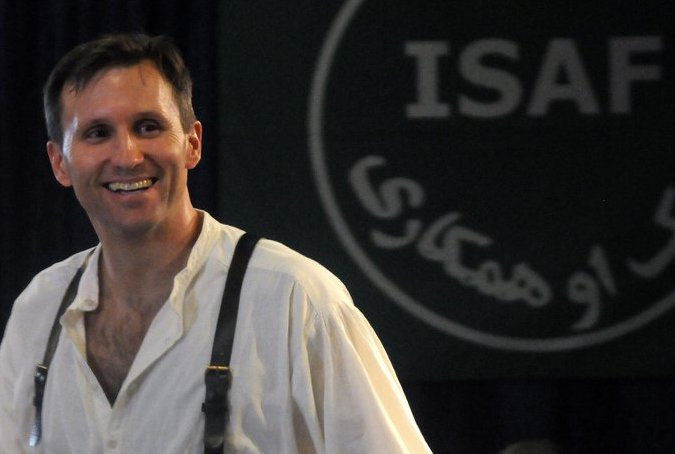 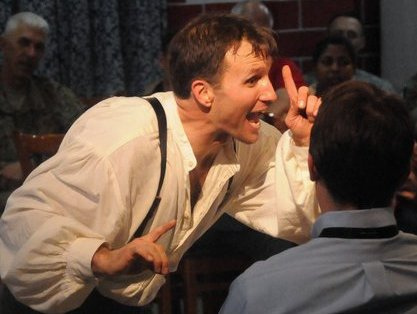 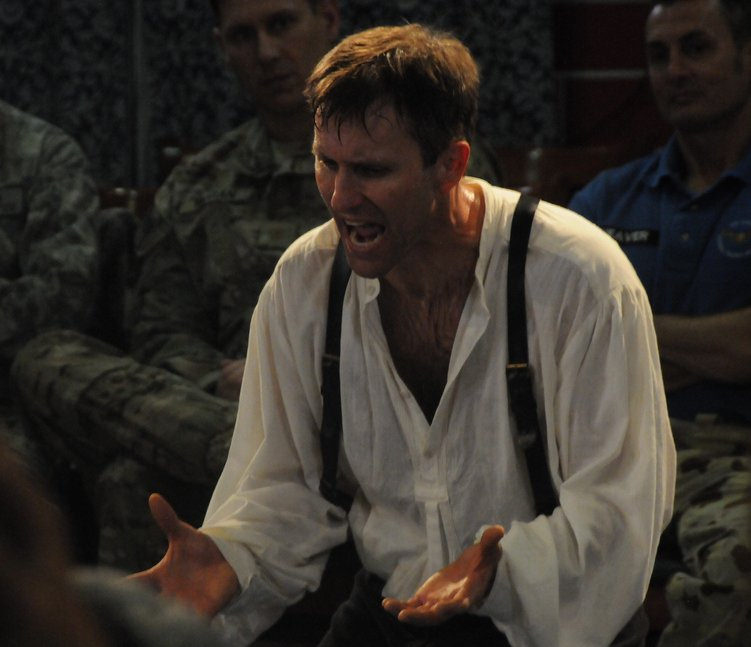 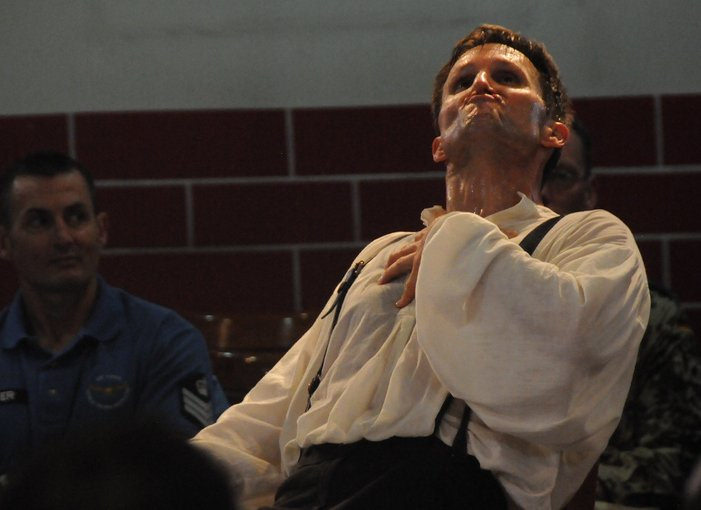 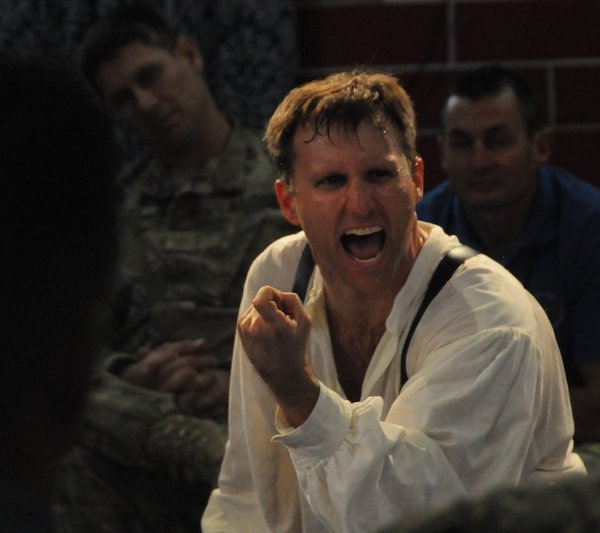 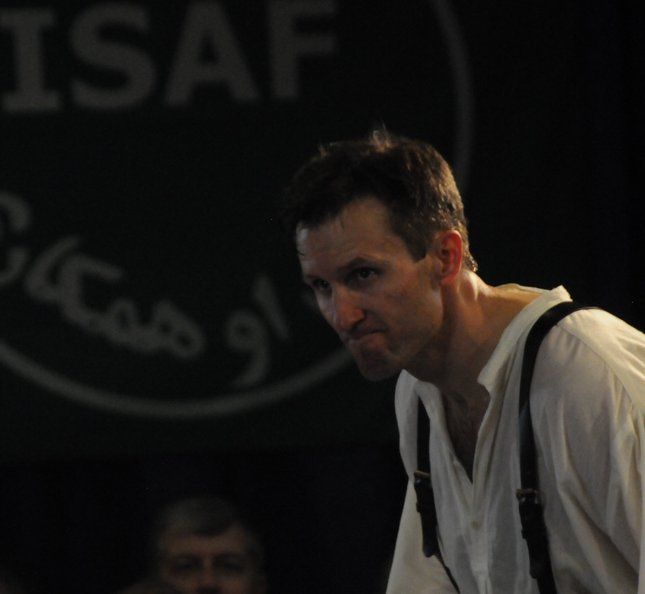